A 5.7 magnitude earthquake experienced in Balochistan 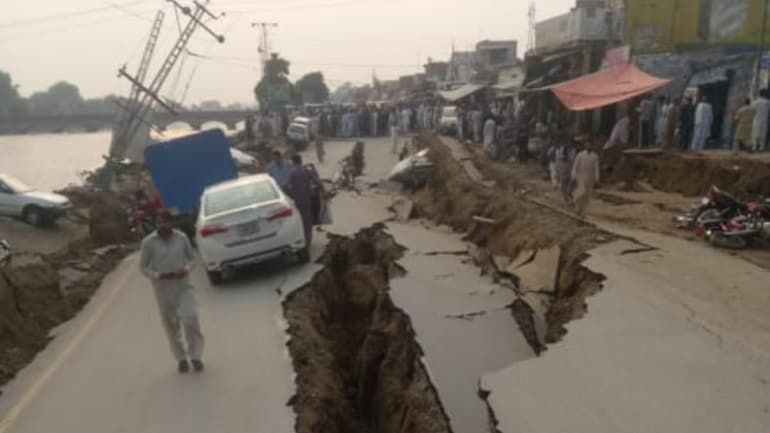 QUETTA: An earthquake has killed at least 20 people and wounded more than 200 in Pakistan’s Balochistan province, according to officials. Rescuers are working to clear debris and reach the victims.

According to the United States Geological Survey, on Thursday the 5.9 magnitude earthquake struck as most residents of the Harnai district, about 100km (60 miles) east of Quetta, were sleeping around 3 a.m. local time (22:00 GMT). The origin of the shock lies at a depth of about 20 kilometres (12 miles) below sea level.

“Rescue officials have reached the scene and are working,” Osama bin Ijaz, the provincial disaster management official told an international media outlet. As a result of the earthquake, Zia Langove told the media, landslides have blocked roads blocking rescue efforts.

“There has been quite a lot of landsliding, and teams are currently working to clear the roads to the area,” Langove said. “Rescue officials will be able to conduct a more accurate assessment of the damage once they have access to the area”, he added.

An earthquake shuddered southern Pakistan on Thursday, resulting in residents gathering outside their houses. As per Pakistan’s military, the epicenter is situated about 100km east of the city. Several rescue teams have reached Harnai as well as nine critically injured individuals have been airlifted to Quetta.

“There are a lot of people there who don’t have their own cars, and they are stuck there… There is a lack of health facilities there, and because of that, serious patients are facing a lot of difficulties,” said one of the residents of the area.