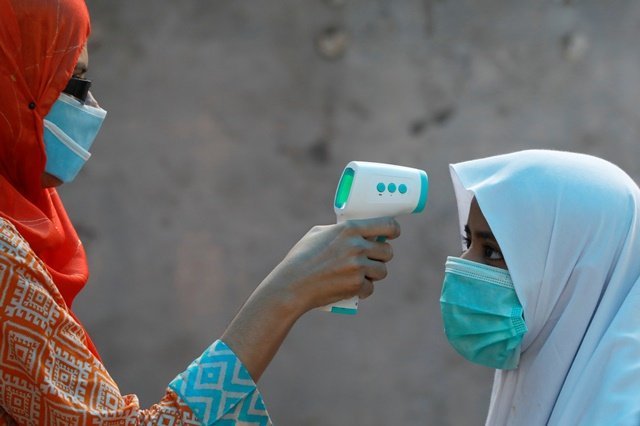 QUETTA:  The government of Balochistan upon the orders of the Federal Ministry has officially started vaccination campaign in both private and government educational institutes to ensure a maximum number of vaccinated students in the province.

Moreover, the campaign for vaccines is being expanded to prevent the deadly disease from spreading in this area. He also acknowledged the work of the Balochistan Health Department and said that on the instruction of the National Command and Operational Center(NCOC) Balochistan Health Department had made a foolproof plan to achieve the given target of vaccination in order to control the spread of the virus.

In this regard, Special centers have been set up in all the respective hospitals of the province including Balon Medical Complex (BMC) Hospital, Provincial Civil Hospital, and other hospitals in order to create facilities for the public to get anti-corona vaccination and various vaccination teams were also formed for under the supervision of District Additional Deputy Commissioner Quetta Khalil Murad to reach the remote areas of the province and vaccinate the people living there.

On 27th September during a meeting held at NCOC, the government decided to start the vaccination drive in schools for all the students of age 12 and above. The announcement was shared on Twitter by Mr. Asad Umar, the head of NCOC. The decision was made after keeping in view the surge in COVID positive cases across the country. As of now, 1400 new active cases have been reported in Pakistan.

Vaccination Certificates made Mandatory by Govt.