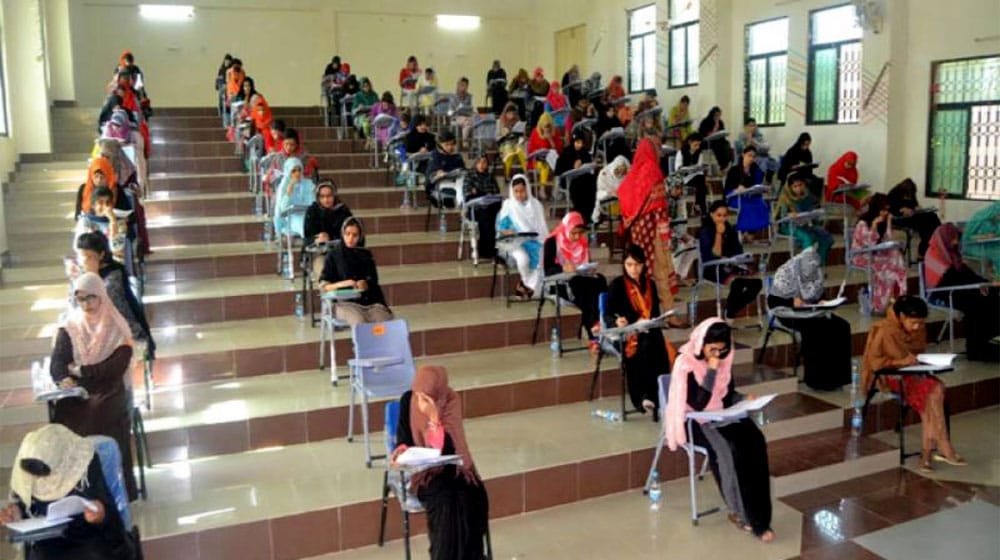 KARACHI: The Pakistan Medical Association (PMA) has requested that the government cancel the MDCAT results and reschedule it to hold it on a single day across Pakistan.

The PMA demanded in a statement that MDCAT be conducted in an honorable manner and a copy of the results should be provided to all candidates for transparency’s sake. Before taking any major decision regarding medical education in the country, all stakeholders should be considered and MDCAT should award the conducting contract on merit to a reputable local company.

According to PMA, the NLE exam should be abolished. PMA is very much concerned about the recent situation in the country due to mismanagement in the MDCAT exam.

A baffling manner in which the test was conducted is leading to protests across Pakistan by students. Its transparency is under question due to its flaws, which all stakeholders protest against. An initial controversy arose when the MDCAT conducting contract was awarded to a private firm incorporated after the advertising deadline.

The Public Procurement Regulatory Authority (PPRA) rules were violated by awarding contracts to a company that had no experience conducting such an exam.

There were many administrative issues during the online tests. PMC’s exam software and hardware malfunctioned; the servers hosting the exams were frequently unavailable. Through the poor examination system of the PMC, students’ hard work was wasted.

Students were not allowed to complain or have their papers reassessed or reevaluated. Due to an issue with the internet at the centers, many answers were not recorded and scored. The system does not score skipped or edited questions due to a technical fault. The PMA also believed that students are right to demand the cancellation of MDCAT due to its alleged technical flaws.

Another mistake PMC made was introducing the online examination system before doing pilot projects and taking stakeholders into account, which now has led to them being aware of its mistakes.

Exams were once held on answer sheets, and students received carbon copyright after the exam. A key was later uploaded on the website, so candidates never argued over exam results.

We regret that the government has become violent rather than finding a solution for innocent students and that protesting students have been brutally beaten and jailed. Students cannot continue to be treated this way by the government.

The PMA has opposed the National Licensing Examination (NLE), which needs to be passed by young doctors after graduation in order to practice fully. Even though the new Act establishes a quality medical education system, students can not trust it.